Part 8 The long road home: Armistice and the March to the Rhine, Germany

By the morning of November 11, 1918, Fannie in Canada, knows that an armistice will come into effect that day. Early dawn across Metcalfe a celebratory din breaks out.

WWI The Cheer of Victory 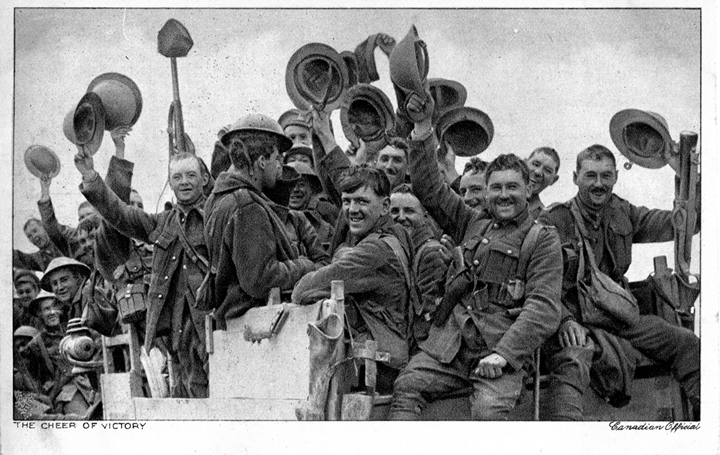 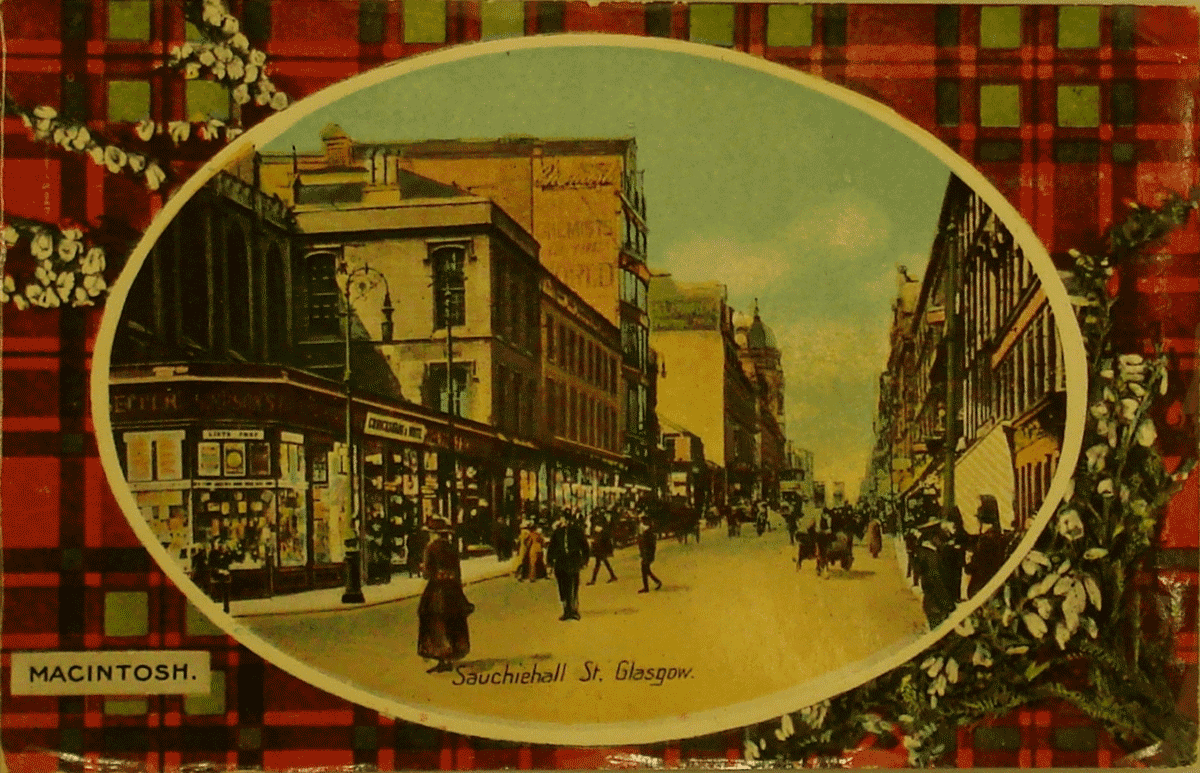 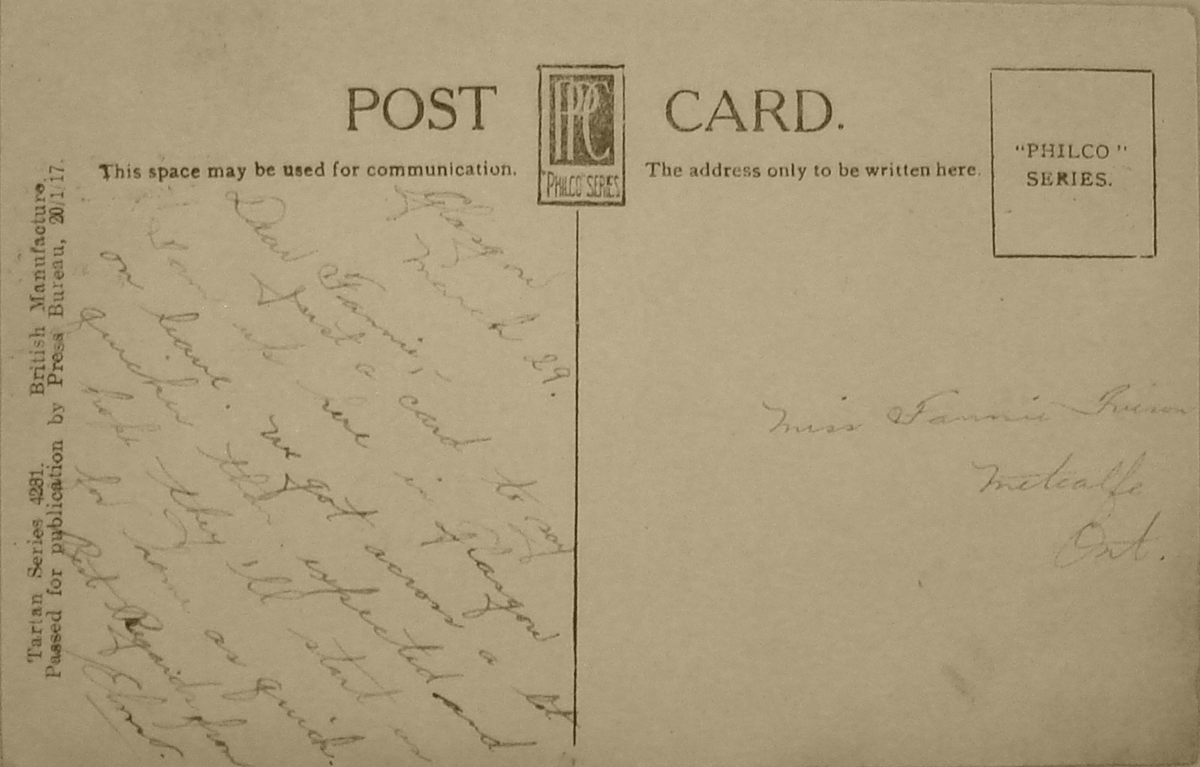 By the morning of November 11, 1918, Fannie in Canada, knows that an armistice will come into effect that day. Early dawn across Metcalfe a celebratory din breaks out. Young and old let off the feelings pent up over four years with the clash of drums, tin pans, horns and cowbells. People parade down the main street. By eleven o’clock, calm replaces the frenzy. All Metcalfe meets at the Town Hall and initiates a new tradition of silent remembrance. Then they join in the hymn “Oh God, Our Help in Ages Past.” And they pray – for the men who are not coming home, and for those who are, and for the families of both. In the excitement, the Iveson’s door is left open and Fannie’s invalid mother catches a cold.

On the other side of the Atlantic, Elmo stands around a huge bonfire on the parade ground in Fenain, France. Soldiers and villagers mingle. Very lights and signal rockets light up the night. Now he may be ‘bomb proof,’ but Elmo is not finished yet.

Two days later the 13th Battalion starts on the March to the Rhine. They march almost every day, twenty to thirty kilometres a day. Elmo and the Transport Section bring up the rear. A month later, on December 13, they cross the bridge over the Rhine River at Cologne, Germany. They take possession of the Right Section of the Cologne-Bonn Bridgehead, and settle into billets. They spend Christmas in Germany

After Christmas, they return by train to Belgium. January brings educational classes, entertainments, dances with local girls, and sports. The soldiers are kept busy. Better not to leave them too much time to think. Mid-February Elmo’s Transport Section is broken up. The horses go to the Belgian government and the wagons to the Ordnance Corps. His job is finished. Mid-March the Battalion leaves for the Docks Rest Camp at Le Havre. There are baths, inspections, fumigation of clothes and men. No one wants to take home the ubiquitous lice.

March 25, 1919, Elmo crosses the Channel and goes on leave with $73 of his pay burning a hole in his pocket. He is impatient to get home.

[Post Card]
Glasgow, [Scotland]
March 29 [1919]
Dear Fannie,
Just a card to say I am up here in Glasgow on leave. We got across a lot quicker than expected and hope they’ll start us for home as quick.
Best regards from
Elmo

For two weeks in April 1919, Elmo cools his heels at Bramshott Camp where he started his training in England nearly three years before. April 15, he boards the White Star Liner R. M. S. Olympic at Southampton. In a week he is in Halifax and two days later, Quebec. He collects his $143 in accumulated pay and is discharged from the Army. 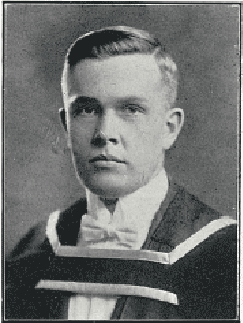 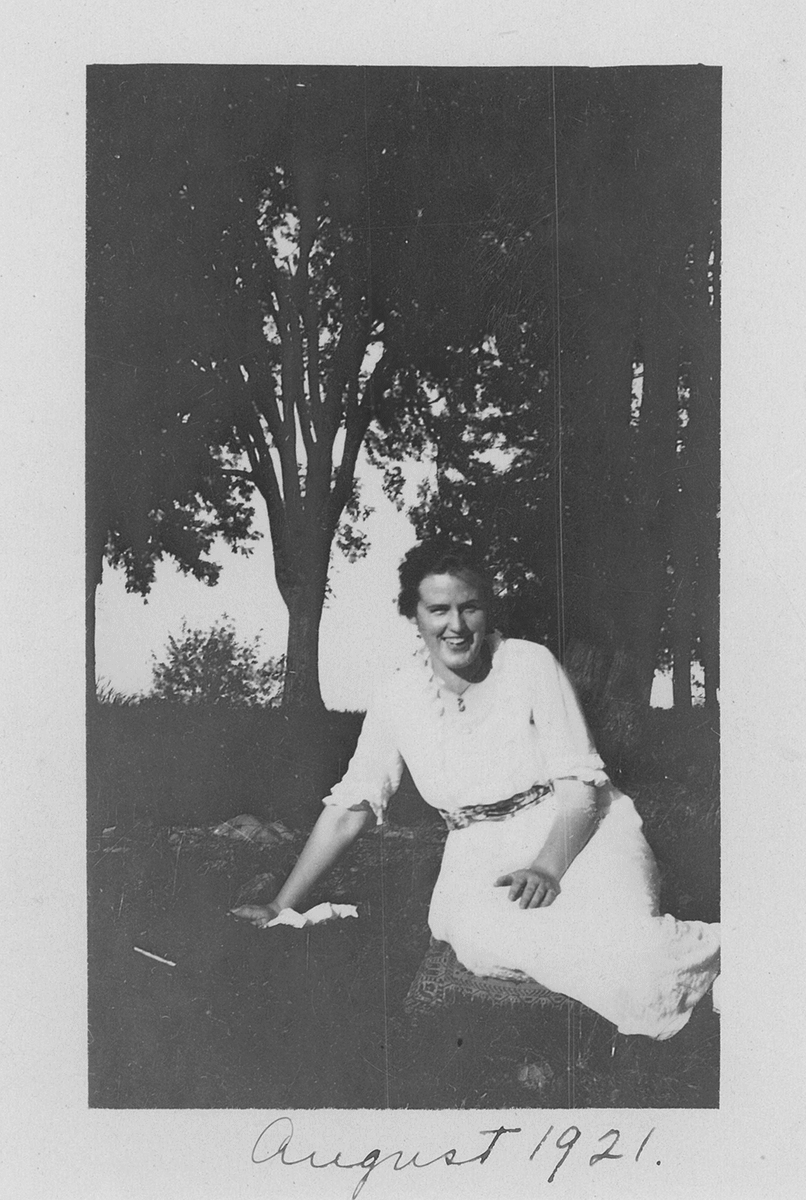 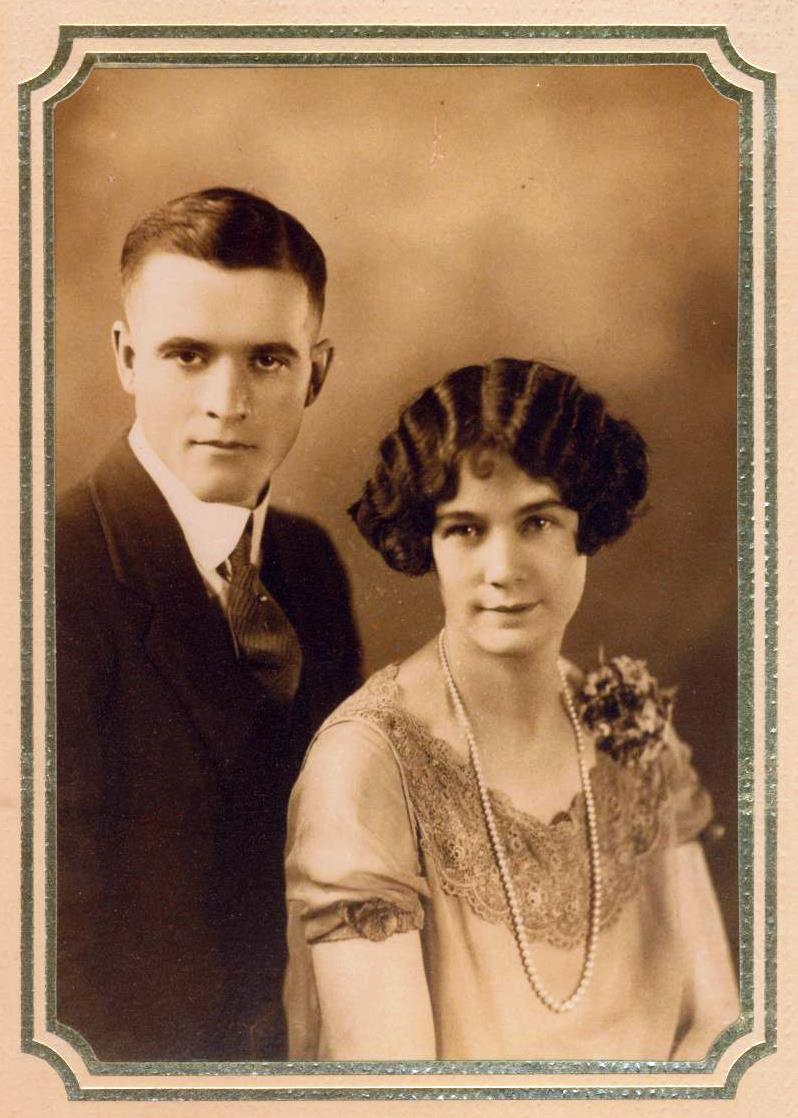 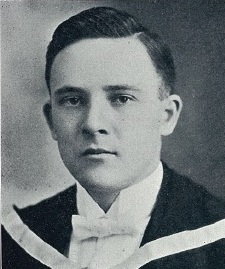 What is their reunion like, when Fannie and Elmo finally meet again in Metcalfe in the spring of 1919? Twenty-one-year-old Elmo is reeling with shell shock from the fighting, and culture shock from the return to rural Ontario after three years in Europe. Looking back in horror, but also looking forward with hope? He has survived, and he can finally put his educational dreams back on track.

Nineteen-year-old Fannie, on the other hand, is trapped at home. She passed all her exams the year before, but she hasn’t gone on to Normal School or university. She must stay home to look after her invalid mother. She is disappointed, but she recognizes that it is her duty to look after her parents. She knows her mother’s tuberculosis is going to kill her eventually, but Fannie has no idea how long she must be the family nurse. Now Fannie’s educational future is indefinitely on hold, as Elmo’s was during the war.

Elmo and Fannie are out of sync. They share an idyllic summer’s day with Ross in July 1919, floating on the peaceful Rideau River and talking about the young men’s university plans. But Fannie and Elmo can never recapture their time together before the war, when they were both optimistic young schoolmates and the world was full of opportunity. Those innocent years are gone forever.

In September 1919 Elmo and Ross enroll at Queen’s University, in Kingston

Elmo Sully studies engineering and graduates in May 1923 with a BSc in Mechanical Engineering. In June he marries a school teacher from Renfrew he met at Queen’s. He begins work in the inspection and engineering departments of Packard Motor Co. in Detroit, and then moves to the Ford Motor Canada in Windsor, then Winnipeg. In 1930 he takes an assignment with Ford in India. In 1935 his only daughter is born. He oversees the opening of assembly plants in Bombay and Calcutta which turn out more than 50,000 vehicles during WWII. In 1950 he moves to Singapore where he becomes Managing Director of the Ford Motor Company of Malaya. He retires in 1958 and eventually returns to his wife’s hometown of Renfrew, where he dies in 1971, aged seventy-three.

Ross Campbell studies medicine and becomes a doctor in 1924. In 1927, he joins the Canadian navy for three years and travels to the Far East. He marries and has a daughter. In 1940, he joins the Canadian army, serving in Canada through WWII, and reaches the rank of Lieutenant Colonel. Back in civilian life in 1946, he moves to British Columbia where he lives until his death in 1968, aged seventy

Duff Crerar comes home to Vernon. He marries and has two sons. He returns to farming and beekeeping and eventually becomes known as the “Honey King of Canada”. During WWII he enlists in the Canadian army and spends the war in Canada training artillery recruits. He donates honey for the care packages sent to local soldiers serving overseas. He dies in 1952, aged fifty-six, his health eroded by his war experience

Fannie Iveson’s mother lives until 1923. When her mother dies, Fannie and her father move into Ottawa to live with her sister Sadie. Finally Fannie can go to the Normal School for teacher’s training. It is a hard slog going back to studying, but she buckles down. After graduation she becomes a teacher in Ottawa. It takes her almost twenty years, but through night studies and summer courses she finally completes a university degree in the 1940s. She remains single and retires as a respected public school principal. Not long before she dies in 1991 at the age of ninety-one, Fannie donates her letters from Elmo, Duff and Ross to the Osgoode Township Museum, in Vernon, Ontario